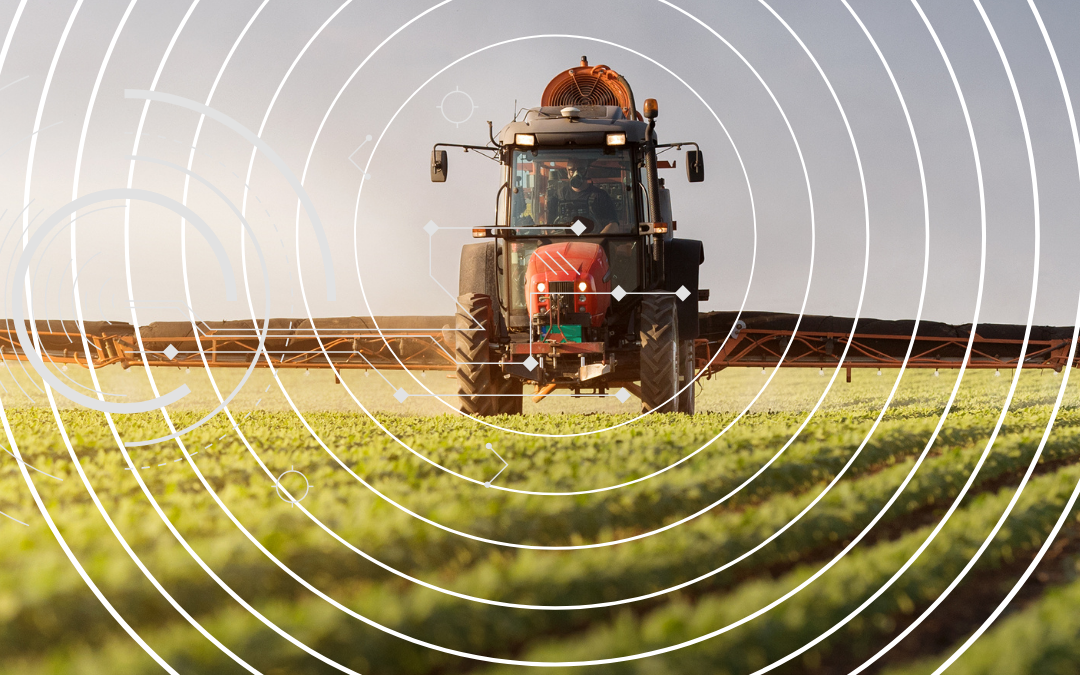 Early morning. The rooster’s crow wakes the farmer. He rises, brews his morning cup of Joe—the real thing, none of that “Starbucks” stuff you city folk go for—, then walks out of his modest farmhouse to survey the land. Says hi to the cows, greets the pigs already awake and rolling joyfully in the mud at such an hour. Then, slowly, he turns towards the corn fields, sipping his cup of morning brew, and sees—what’s this?—a tractor out in the fields, without anyone driving it.

The farmer spit-takes. Could a ghost, à la “Shoeless” Joe Jackson from Field of Dreams, really be out there, tilling the field at the crack of dawn? Stranger things have been seen across the farmlands of Upper Midwestern America. Alas, it is but the newest long-in-development innovation from John Deere: Introducing, the 8R tractor, the next step in autonomous farmhand technology.

The 8R is the Future of Farming

A driverless tractor is not exactly new technology, as they have been implemented on farms for the past decade or so, yet the 8R is of another breed. A limited fleet will be made available to farmers across the Midwest beginning this fall.

To own one will run a farmer upwards of half a million dollars, a good estimate because the current, non-autonomous 8R tractor costs half a million dollars, and machine learning-enabled tilling is not a cheap special feature. So hopefully business is doing well on the farm. Do not fret, though, if you happen to be a farmer wishing to get your hands on this technology, because John Deere can make preexisting tractors machine learning capable if you wish.

Whereas previous automated tractors have required close supervision from the farmers using them, the 8R is a truly hands-off machine, which allows farmers to rest their legs, or, rather, get to another urgent task, while the business of fertilizing the land, sowing seeds, and collecting crops is left to the 8R.

Can farmers cultivate the trust and faith in Farmer John Deere required to turn their back on such a massive machine? Yes, because the 8R is never left totally unsupervised. Though it can work the land 24/7, with only a short break taken every ten hours for a refuel, John Deere employs remote workers who will check out any alert that the tractor sends their way about a possible problem, such as a foreign object detected in the field.

The Technology Behind the Tractor

Machine learning, the field of artificial intelligence dedicated to enabling computers to independently learn from data to improve its actions and understanding of the environment, is the key to how these tractors work.

The 8R tractors are equipped with six cameras that can scan everything within its vicinity, be it ahead, behind, or on either side of it, like farmers with eyes on the back and left and right of their heads.

What it sees the first time you start it up on your farm will not all be new to it. All AI requires training, and the 8R is no exception. To make it adequate at machine learning, the autonomy-granting technology was trained on tens of millions of images related to farms and farm work.

We are a ways from seeing driverless cars out on crowded streets, but what makes the driverless tractor rollout a present-day reality is that the terrain, open farmland, is simply safer to navigate, with little to no risk of causing harm to a human or property that does not belong to the farmer employing it.

Kentucky agriculture will not be seeing these tractors this year, since only a dozen, maybe up to fifty, maybe not, farmers across the upper midwest, exclusively, will be able to rent these early-model 8Rs in 2022.

However, this could spread in the years to come, depending on the success of the machines. Food demand and production is rising and rising, yet agriculture is suffering a bit of a crisis currently, since many people would prefer to sit in a chair and write articles about farming rather than go out on a field and farm.

Whether the driverless tractor will ultimately be accepted by farmers short on farmhands, or if it will be too expensive an implement and will only be seen on the most thriving farms, has yet to be seen. That being said, the 24/7 capabilities of such tractors will ensure that excellent work will be done for those who do employ them.