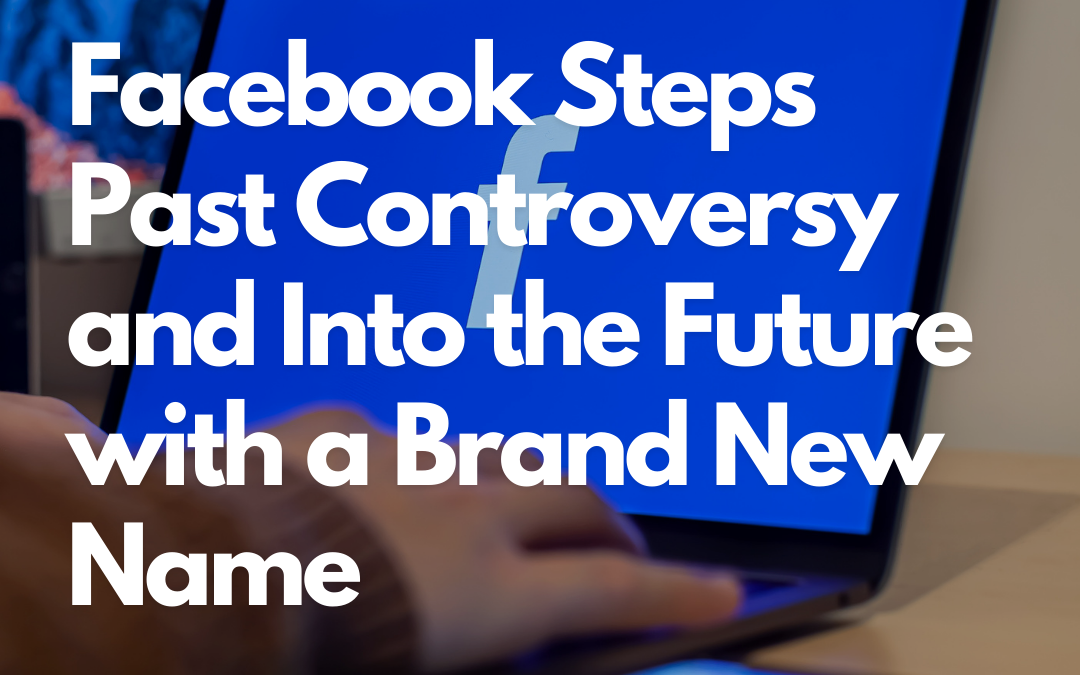 Anyone who has been paying attention to the world of social media in the past few weeks knows that Facebook has been broiled yet again in controversy. In the midst of all this controversy, Facebook happily charges on, with a name change to boot.

That’s right, from now on, The Social Network will now be going by the name of Meta. We’ll still stick to Facebook for now, at least for this article.

What’s the reason for the name change? Well, it’s complicated.

Facebook CEO Mark Zuckerberg denies that the change is in reaction to the controversies. Be that as it may, it is possible that the PR jungle they have been navigating recently inspired the timing of the announcement.

Before getting into the meaning behind the name “Meta,” it will do well to summarize the controversies that we have been alluding to.

It all started when a former Facebook employee decided to leak some internal documents relating to the behind-the-scenes doings of this tech titan.

The Wall Street Journal very visibly brought the details to the public eye in The Facebook Files, their reports on some of the more significant findings in the documents.

Among the more damning findings includes the company’s full knowledge that Instagram, its cooler and younger social media platform that Facebook nonetheless owns, contributes to body-image issues among teenagers.

The public humiliations followed when the face behind the leak, former product manager Frances Haugen, was revealed on national news (60 Minutes, as it turns out) and testified before the Senate to argue that her former employer willingly kept harmful and hateful content on its sites in order to keep people coming back.

Many have rolled their eyes at the name change to Meta because they read it as a desperate attempt to rebrand in the face of controversy. What these people may not realize is that the word “Meta” reflects one of Facebook’s ambitious vision for the future of not only its social media platform but all social media platforms, and maybe even the digital world as a whole.

“Meta” is short for the “metaverse,” which is the next step in Internet immersion. Try not to fall in.

So, what is the metaverse?

Well, it will place front and center in our online interactions one of the tech developments that has been creeping into front and center focus over the past few decades: Virtual Reality, or VR.

Mark Zuckerberg’s chosen example to illustrate how the metaverse will work will be conference  room meetings. He envisions that Meta will be a platform that will be as much business-oriented as it is social.

Imagine your virtual self beamed into some digital otherworld where you see your coworkers, either represented as they really are through a camera or with a self-made avatar that look like  bizarre video game characters, and you can speak to their digital selves as though you were in a real conference room. Meta, then, will be like if Zoom took steroids and made a religion-cult based off of The Matrix.

And it will be used for more than just virtual conference rooms, too. Virtual reality poker nights with your buddies and Wine Wednesdays from your couch can all be attended from your own couch.

It is important to note that the name change does not signal any new changes in the company’s structure: Mark Zuckerberg is still the king of the company, no matter what the company is called.

So, the big question is, will the metaverse catch on with humanity, or will it be a flop?

It is too early to tell, but can you imagine yourself donning a pair of sleek virtual reality Ray Bans while on the bus, or on your lunch break, and hopping in for a quick virtual chat with your friends and/or family all across the world?

Maybe you can, maybe you can not, but if you think there is no chance that it will catch on, then maybe you should recall all the naysayers of social media who said that humans will always prefer in-person interaction to digital interaction.

Wherever you fall on the issue, it will be interesting to see whether Meta will catch on or not, and whether Zuckerberg is correct in his assertion that the metaverse is the next step in our virtual lives.